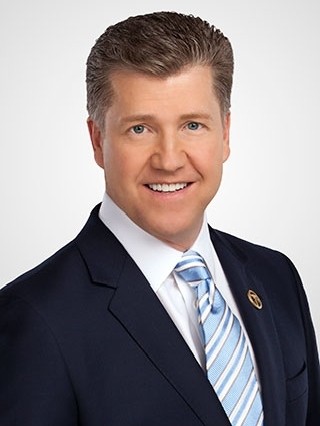 Meteorologist Barry Brandt provides the latest weather updates for "MidDay Arkansas" and "Channel 7 News at 5." Barry has been with Channel 7 since 1997 and on the air in Little Rock for more than 20 years. Arkansas viewers know through experience that Barry is adept at tracking severe weather and tornadoes.

Barry is a native of Wathena, Kansas and attended the University of Kansas receiving a bachelor's degree in Atmospheric Science in 1986. He has been a member of the American Meteorological Society since 1988 and his weathercasts were awarded the AMS Television Seal of Approval in 1990. In 2010, he was named an AMS Certified Broadcast Meteorologist. He was awarded the Associated Press Best Weathercast Award in 2004 and 2008.

In 1986, upon graduation from KU, Barry became the chief meteorologist at KQTV in St. Joseph, Missouri. One year later, he moved to the Little Rock television market and has been here ever since.

Barry volunteers for several Arkansas non-profit organizations and has spoken to thousands of schoolchildren over the years.

Away from work, Barry is busy. He and his wife Heidi are the proud parents of three children - Benjamin, Sophie and Georgia. In his spare time, he loves to golf and travel with Heidi and the kids. Barry and Heidi attend Fellowship Bible Church in Little Rock.