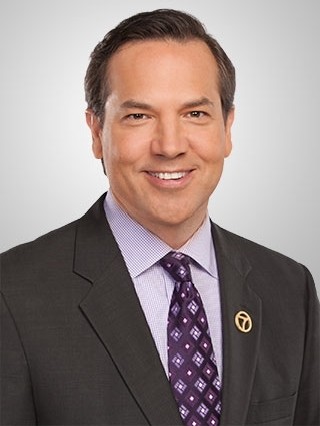 Connect With Chris May

Chris May, a Little Rock native and a versatile, experienced journalist, anchors the most-watched newscasts in the state of Arkansas: Channel 7 News at 5:00, 6:00 and 10:00 on KATV.

Born and raised in The Natural State and a 1989 graduate of Little Rock’s Catholic High School, Chris returned to the place -- and the station -- he loves in 2016 following a successful 18 year run in two of the country’s largest news markets, Philadelphia and Boston.

Chris launched his journalism career in 1993 as a general assignment reporter at Channel 7 covering countless newsmakers and events around the state. He reported on everything from tornado outbreaks to tomato festivals, and from the Whitewater Investigation to the Razorbacks’ 1994 NCAA basketball championship. He soon became the station’s evening news anchor where he shared the desk with Arkansas broadcast legends like Paul Eells and Ned Perme.

Chris went on to serve as an anchor and reporter for WHDH-TV and WBZ-TV in Boston, and then as the main anchor for KYW-TV in Philadelphia where he was award six regional Emmy Awards for his outstanding work.

In a career that’s spanned more than two decades, Chris has interviewed American presidents, world leaders, and politicians on every level, and reported from seven national political conventions. He’s provided hours of continuous coverage during natural disasters, and helped raise tens of millions of dollars for charity. And his reporting has taken him around the world, from Ground Zero in New York to orphanages in rural Romania.

But his heart has always been in Little Rock. And that’s where Chris now makes his home with his wife and their two children.