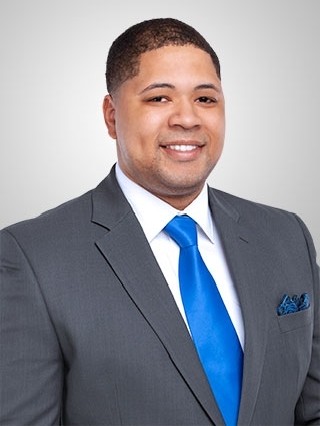 With an emphasis on being a person for the people, Desmond hopes you will reach out with unique stories in your community, ideas or even a warm welcome by saying hello if you see him around Little Rock.

Desmond is new to Arkansas but has worked mostly throughout the Midwest in his 11-year career as a journalist and will be a Multimedia Journalist here at KATV. Although he’s never lived in the Natural State, he has ties to former president Bill Clinton as a member of Phi Beta Sigma Fraternity, Inc.

Before becoming an Arkansan, Desmond started his journalism career as a photojournalist in Sherman, Tex., he’s also worked in Kansas and Oklahoma. In addition to his experience, Desmond is an award-winning journalist—an OAB Winner For Best Spot News for the Betty Shelby Trial Verdict and The Duck Boat Tragedy in Branson, Mo. He is also a Edward Murrow Award Regional Winner for Continuing Coverage: Shooting Leads to Turmoil in Tulsa Sheriff’s Office and a KAB Award, placing second for single coverage of the Moore Tornado.

When Desmond isn’t looking for stories or watching the news, he enjoys mentoring local elementary school students, writing music, reading books and serving his community through his fraternity. He is also a member of the National Association of Black Journalists. Desmond hopes to make an impact here at KATV with one handshake and smile at a time. Although he’s in Razorback country, Desmond loves to support his Kansas City Chiefs, Kansas City Royals and Oklahoma City Thunder.

Desmond is eager to learn more about Little Rock and to tell your story. If you spot him around town don’t be afraid to say “hi” or share a story idea.