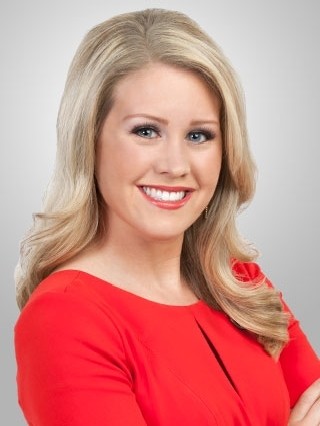 Elicia Dover is the co-host of Good Afternoon Arkansas.

She's been with Channel 7 since 2013 and won a first-place Associated Press Award as a reporter.

She was born and raised in Arkansas and is a native of Bryant.

Before her time at Channel 7, she worked as a Digital Journalist at ABC News in New York, reporting and producing breaking news. She spent the year 2012 on the campaign trail covering the presidential election for ABC News. It was at ABC News she won a prestigious Peabody Award, Edward R. Murrow Award and was nominated for four national News and Documentary Emmy Awards.

Elicia is a graduate of the University of Nebraska-Lincoln's College of Journalism and Mass Communication.

Elicia lives in Sherwood with her husband Jeremy and their 2018 addition to the family, baby Eli. They also have a dog named Bentley and a cat named Prince Harry.

At home, she loves to experiment with cooking in the kitchen and keeps a summer garden.

She has a deep appreciation for Arkansas' beautiful hiking trails and grew up exploring the Natural State's national parks. In the Fall, you'll find her cheering on her favorite football teams: the Bryant Hornets, the Hogs and the Cornhuskers.