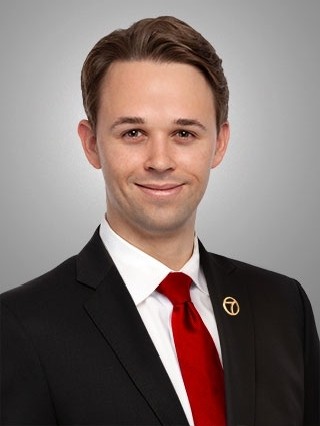 James Bryant joined KATV News in December 2018 as the weekend meteorologist and has a passion for covering Arkansas weather.

James is a native of central Arkansas and graduated from North Little Rock High School in 2013. His passion for meteorology began at a young age - kick-started by the devastating tornadoes of January 1999. From there, he went on to pursue a meteorology degree at Mississippi State University.

While attending school, James storm-chased quite a bit across Arkansas, Mississippi, and Alabama. He was first on scene during the 2014 Mayflower/Vilonia tornado and worked with other students at MSU to launch balloons to collect data on severe weather days. While training to be a broadcaster, he was awarded the 2016 AP award for best college weathercast in Louisiana and Mississippi.

James' final year in college is where he got his start in TV by working at WVUA 23 in Tuscaloosa, Alabama. There, he would cover severe storms, some winter weather, and even a tropical storm.

After graduation, James spent a year working in aviation, which gave him new insight into the science of meteorology. After a year away, James returned home to Little Rock to join KATV.

In his spare time, he enjoys watching the Hogs, spending time with family, and going to church at First Assembly of God North Little Rock.