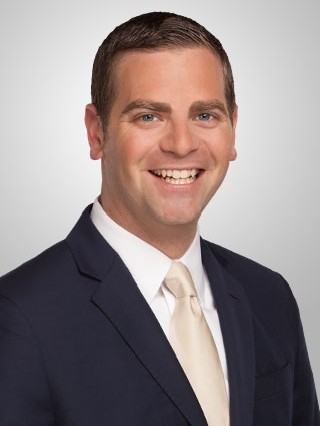 Kyle is KATV's sports reporter/weekend anchor. He came to Little Rock from WKBT in La Crosse, Wisconsin, where he covered the Wisconsin Badgers (and current Razorbacks coach Bret Bielema).

Kyle grew up in Washington, D.C. and interned for KATV's sister station, WJLA, as well as the Mid-Atlantic Sports Network and Washington Nationals.

He graduated from the University of Wisconsin with a B.A. in Journalism. There, he did play-by-play broadcasts for the Big Ten Network. He also broadcasted the Rose Bowl, Big Ten Football Championship Game, Big Ten Tournament and "March Madness."

Kyle has been honored for his work, receiving an Edward R. Murrow Award and Emmy nomination for a story on a blind swimmer. He also received Emmy nominations for his features on a college soccer player's emotional return following brain surgery and the athletes competing on a college rodeo team. His story on a coach tackling cancer won "Best Sports Reporting" from the Wisconsin Broadcasters Association. The same organization honored him with "Best Sportscast" for Green Bay Packers coverage. Kyle has also been recognized by the Arkansas Associated Press Broadcasters Association, Milwaukee Press Club, Northwest Broadcast News Association, and was named one of the top 20 sportscasters in the country by the Sportscasters Talent Agency of America.

He loves playing tennis, golf and hiking all the beautiful trails throughout Little Rock. His true passion, however, is telling stories that reach the heart of the local fan - stories that go "Beyond the Game."