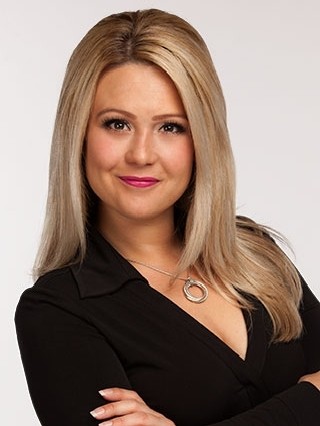 In February 2020, she was promoted to Senior Investigative Reporter and leads the Seven on Your Side investigative unit.

Glisovic comes to Little Rock from WICD-TV in Champaign, Illinois. It was there she covered everything from homicides to scandals involving highly ranked administrators at the University of Illinois. Glisovic is known as a jack of all trades, as she was the only fill-in anchor and forecaster for both morning and evening shows and also produced.

She graduated from Eastern Illinois University in Charleston, Illinois, with a bachelor's degree in broadcast journalism. While attending EIU, Glisovic worked at the PBS affiliate, WEIU-TV. It was there she received three Mid-America Regional EMMY Awards.

Her work in Little Rock has earned her an Associated Press Award for exposing the Little Rock School District’s superintendent who plagiarized his college dissertation. Shortly after, Dr. Dexter Suggs was forced to resign.

On April 20, 2017, Glisovic was also the first TV media member to witness a state inmate execution since 2005. Just minutes after, she went live on KATV to describe what she witnessed. Following this, she was also featured in a New York Times article for her work done during execution coverage.

In October 2019, she received a Mid-America Regional EMMY Award for Arkansas Growing: The Journey from Legalization to Cultivation. The hour-long medical marijuana documentary aired on Channel 7 News in March 2019.

She enjoys covering Arkansas politics, crime, and uncovering the truth.

While she's lived in Illinois most of her life, she also spent her childhood in Paris, France and is fluent in French.

When not chasing news, Glisovic enjoys the outdoors, cooking, reading and jogging around town.

If you feel like you've been taken advantage of by a dishonest business, contact Seven On Your Side.