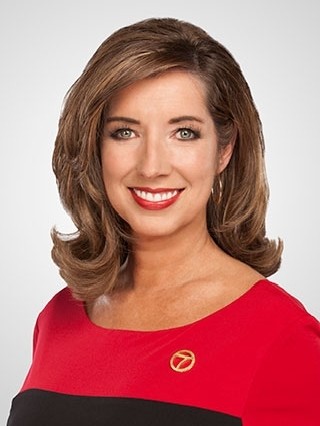 Melinda Mayo is a Pine Bluff native who enjoys delivering the weather for her home state. She is the co-host of "Daybreak" and "Good Morning Arkansas" for KATV. She has been a part of the Little Rock television market since 1987.

Melinda is a member of the American Meteorological Society and National Weather Association. Her weathercasts were awarded the AMS Seal of Approval in 2004. In 2010, Melinda was named an AMS Certified Broadcast Meteorologist.

Melinda began her broadcasting career in news operation. She started as an overnight photographer and later became a news editor, producer, reporter and then weekend and morning anchor.

In October 1995, Mayo was vacationing in Florida when Hurricane Opal hit the Fort Walton/Destin area. She reported live on the evacuation and storm damage from the scene of the hurricane. Since that time, her interest in weather has expanded to become the focus of her television career. Mayo then joined the KATV staff in February of 1996.

After winning the Trinity Foundation Scholarship from Pine Bluff High School, Melinda went on to study communications at Ouachita Baptist University in Arkadelphia and received a BA in Broadcast Journalism from the University of Arkansas at Little Rock. Melinda continued her education at Mississippi State University where she was certified as a Broadcast Meteorologist by the Department of Geosciences.

Mayo received the Associated Press "Spot News Reporting" award in 1990 for her work on the floods that ravaged downtown Hot Springs that spring. The same stories also earned her a first place award in a six-state regional competition by the Radio/Television News Directors Association.

During her spare time, Mayo enjoys spending time with her husband, Mark and her stepson, Derek. She also enjoys playing the piano, golf and boating on Arkansas lakes.