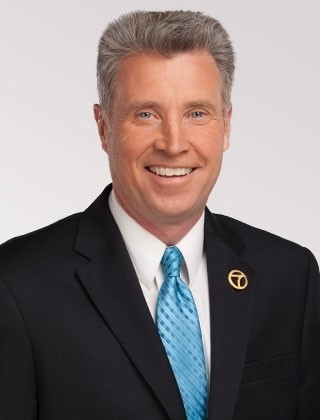 Sully has been covering sports in Arkansas for a long time. How long? Well, when Sully started working in TV in Arkansas, Lou Holtz was the football coach at the University of Arkansas, Former NFL great, Keith Jackson, was playing tight end for Little Rock Parkview and current Auburn coach, Gus Malzahn, was catching passes from David Little at Fort Smith Christian High School.

The exact stats on our enthusiastic sports director. 30 years in Arkansas television including 14 years at KATV. Sully has been named Arkansas Sportscaster of the year three times and has won the AP best sportscast award 13 times at KATV. Two years ago, the Arkansas Activities Association honored Sully with its distinguished media member award, and Sully has been inducted into the Arkansas Sportscasters and Sportswriters Hall of Fame.

From Basil "The Great Shabazz" to "Lightning" Freddie Knighten, no one enjoys Friday night football more then Sully. KATV's Friday Night Touchdowns has won multiple awards. On Saturdays, if he's not calling games for the UCA Bears, you can usually find Sully covering a youth game. Sully's Little Heroes has become one of the station's most popular features.

Sully, who is one of six children (4 girls and 2 boys), grew up in Massachusetts. This good glove, not-so good hit shortstop made a life-changing purchase in the summer of 1977. Sully and one his friends bought "Keentwister", a racing dog. So that fall, Sully chose a college that offered radio-TV and was close to a race track. Arkansas State is located in Jonesboro, which is just 60 miles from Southland greyhound park.

Sully's favorite place to hangout is the Golfworld driving range on South University in Little Rock. Sully loves Golfworld's wide fairways. Arkansas' happiest hacker is also a runner. "Slow Steve" has completed three half-marathons. His goal is to be the fastest Sullivan. That title now belongs to his daughter, Keely. You can usually find Sully running with Keely or his other daughter, Kayla. They are regulars at Two Rivers Park.

Sully has also become an active blogger. You can see what "Sully Says" at KATV.com - just click on sports.

Sully and his wife of 30 years, Toni, live in West Little Rock and love to go to the movies. Sully's all-time favorite movies are Shawshank Redemption, Hoosiers, Remember the Titans and Lincoln.

Sully will tell you that the biggest highlight of his long TV run in Arkansas was the time he spent with the late Paul Eells.