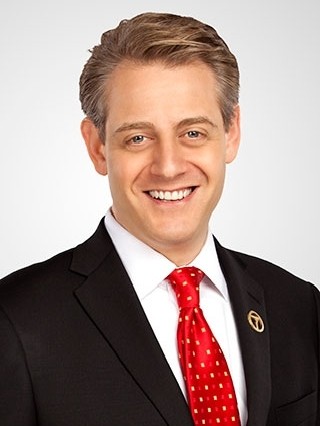 A Little Rock native, Meteorologist Todd Yakoubian joined the KATV weather team in August of 2005. He is a member the American Meteorological Society and the National Weather Association and holds both of their seals of approval. In May of 2008, Todd was awarded the American Meteorological Society's prestigious Certificate of Broadcast Meteorology (CBM) in recognition of his educational background, knowledge, and communication of the sciences needed to be an effective broadcast meteorologist.

Todd's journey to KATV began immediately after he graduated Little Rock Catholic High School in 1992. In 1996 he graduated from the University of Oklahoma with a degree in broadcast journalism. He continued his education in meteorology at Mississippi State University where he was certified as a broadcast meteorologist by the Department of Geoscience and Meteorology. Todd took his first television job in Missoula, Montana as the morning meteorologist then the chief meteorologist. He says he will never forget his first winter up north, where 111 inches of snow fell. He learned how to snow ski and fly fish.

Todd's was in Chattanooga, TN before joining KATV. There, he was part of the team of meteorologists who won the Tennessee Associated Press award for best weathercast two years in a row. While in Chattanooga, he covered the Veterans Day outbreak of tornadoes and the extensive flooding caused by Hurricane Ivan. But most importantly, he met his wife Andria there.

Todd and his wife Andria have two young boys - Blake and Preston.

Todd enjoys connecting with the viewers on his blog and on social media. And his blog has won 2009 and 2010 Best Blog in Arkansas by the Society of Professional Journalist. Todd is proud to be a part of the Channel 7 tradition and delivering forecasts to his fellow Arkansans. In his spare time, he enjoys fishing and watching Oklahoma football and spending time with his growing boys.